Skip to content
Red & White/Liquor World/Liquor/What Are the Different Types of Liquor? 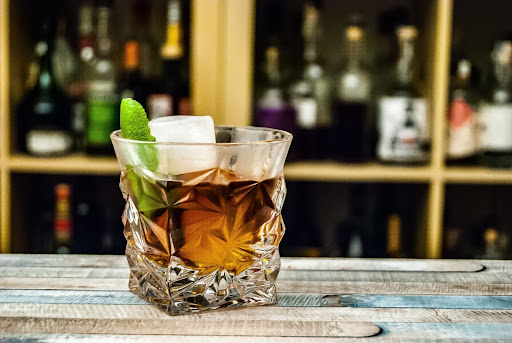 With determination to purchase a bottle of liquor, you step into the liquor shop, only to find yourself being surrounded by countless bottles of different alcoholic beverages. You might feel baffled and threatened by the unfamiliar liquor option, and that is perfectly normal.

It’s easy to get confused and overwhelmed by the variety of liquor in the shop, especially if you are still new to the alcoholic beverage world. Liquor isn’t classified by its brands, but from the main ingredients and the making process.

To ensure you get the best liquor type that suits your preference, you should check out the article below to know more about the different varieties of liquors!

Brief Introduction to the Liquor World

Before knowing more about different types of liquor, you have to understand what makes an alcoholic beverage a liquor. Not all alcoholic drinks are considered liquor or spirit. The alcoholic beverage can be made from grains or plants, such as potatoes, corn, or grapes. The ingredients are then fermented before being distilled several times.

The distillation process is what makes liquor different from other alcoholic drinks. Distillation is when the blend is heated to evaporate and separate the alcohol from the water content. After being distilled, the concentrated alcohol is then gathered and aged in wooden casks. This is why liquor has a higher ABV percentage than other alcoholic beverages. Typically, liquor’s ABV percentage can range from 40 to 55 percent.

You can drink liquor straight, on rocks, or even mix it into cocktails. It all depends on your liking. No need to be too strict when drinking the spirit, always be creative with your liquor choice!.

Are Liquor and Liqueur the Same?

Some people might not know the difference between liquor and liqueur, thinking that the terms can be used interchangeably. The truth is the two of them are different, and the difference isn’t only in their letters.

A liqueur is a sweetened liquor. Unlike spirit, flavourings, colourings, herbals, extracts, and even oil can be added to the blend. This makes liqueur sweeter with less ABV percentage than liquor. The ABV percentage of liqueur ranges from 15 to 55 percent.

Just like liquor, you can enjoy liqueur straight, on rocks, or even mixed into cocktails. There are no firm rules as to how you should consume your liquor and liqueur.

Generally, there are six types of liquor that you can try. Buckle up your seat belt and prepare yourself for the new world of liquor!

This liquor is known for its toasty and sweet flavour since it’s produced from molasses or sugar cane. Yeast is added to the mashed ingredients to start the fermentation process. After three weeks, the mash is strained and distilled.

Rum is first created in the Caribbean Islands before spreading worldwide. The spirit has an ABV percentage ranging from 40 to 75 percent.

Usually, rum doesn’t require aging and can be bottled right away. This type of rum is called light rum, it has a neutral flavour and lighter colour. On the other hand, dark rum has to be aged in oak barrels and has a darker colour. The aging duration depends on the climate. The warmer the temperature, the shorter the aging time.

There are several styles of rum besides dark rum and light rum, such as cachaca, flavoured rum, gold rum, spiced rum, and overproof rum. The liquor is suitable to be made into tropical or warm cocktails.

Whiskey is one of the liquors that usually pops in movies and is usually associated with American culture. Surprisingly, it was first created in Scotland and Ireland as medicine. This liquor is also made in other countries, such as Japan and Canada.

The spirit is made from malted grains, like rye, wheat, barley, and corn. Sometimes, different types of grains are blended to create the whiskey. After being fermented, the alcohol is filtered and distilled in copper stills before being aged for three years in wooden barrels.

There are various types of whiskey, based on where it’s made and the making process, such as blended whiskey, Irish whiskey, bourbon, Canadian whisky, flavoured whiskey, Tennessee whiskey, Scotch whisky, rye whiskey, and Japanese whisky.

You can taste the malty, smoky, oaky, and toasty flavour of this brown-coloured liquor. Generally, whiskey has a 40 to 50 ABV percentage. Whiskey can be mixed with other liquors, fruits, or even made into warm beverages.

Brandy is known for its fruity flavour since it’s produced from fruits like grapes, cherries, peaches, apples, and apricots. You can also taste oaky and toasty taste from the liquor since some brandy is aged in oak casks for at least three years. Usually, brandy has a 40 percent ABV.

The spirit is originally from Europe and can be found in different styles, such as grappa, Cognac, Armagnac, Spanish brandy, pisco, American brandy, flavoured brandy, and eau-de-vie.

Vodka is well known as Russia’s national drink and has an ABV ranging from 40 to 50 percent. The clear-coloured liquor has a neutral taste and scent, making it a very versatile base for cocktails.

Vodka can be produced from grains, beets, grapes, and potatoes. The main ingredients are then boiled in filtered water and heated into a mash. Afterwards, yeast will be added to the mash to begin the fermentation process. Later on, the blend is distilled at least three times and filtered through charcoal. Unlike whiskey, you don’t need to age vodka.

European liquor is known for its herbally and dry taste. It is perfect for martinis, fruit cocktails, and herb-based alcoholic drinks. Gin is made from grains, like rye, wheat, and corn, with several botanicals, such as juniper berries, added inside the blend. It has a 40 to 70 percent ABV.

As usual, the mashed ingredients are fermented and distilled. The herbs are infused after the distillation process. Similar to vodka, gin doesn’t need to be aged.

Just like Rusia, Mexico has its national alcoholic beverage, and that is tequila. Originally, the liquor was made by the Aztecs and was called pulque. The liquor is famous as a base for various cocktails, like fruit cocktails, margaritas, spicy cocktails, and frozen cocktails.

Tequila is made from fermented blue agave plant juices and can only be produced in Mexico. There is an earthy, spicy, and slightly sweet flavour in tequila. The ABV percentage of this spirit ranges from 40 to 50 percent.

The flesh cores of the blue agave or pinas are roasted in a large oven before being mashed to make tequila. The mash is mixed with water for a week to be fermented and later distilled twice.

Still feeling unsure about picking a liquor? You can always come to the Red & White store and ask for the shop assistant’s advice and help in choosing ‘the perfect liquor’. Don’t wait any longer! Just visit the nearest Red & White store!

How to Choose Your ‘Weapon’?

There are six types of liquor that you can choose from, such as vodka, rum, tequila, brandy, whiskey, and gin. Each has its own distinct flavour and scent. It all comes down to your preference. You can try each type of liquor to understand your palate and know which liquor matches your liking.

Luckily, our liquor store offers you various types of liquor to explore and experiment with. You can always ask the shop assistant’s recommendations if you are having difficulties in choosing the liquor that you want to try first.