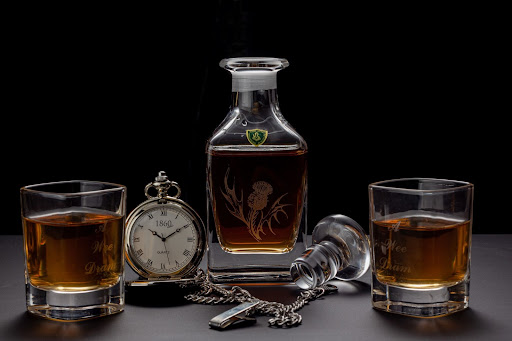 For someone who is just about to step into the liquor world, the terms can be confusing. If you are here to find the answer as to why liquor is different from your usual ice-cold beer and sweet acidic wine, then you are in the right place! So, hold your horses and read the article below to be enlightened!

Let’s start with the most basic question, what is liquor? Liquor or spirit is an alcoholic beverage that is produced from grains or plants then fermented and distilled. Unlike other alcoholic drinks, liquor needs to be distilled to separate the alcohol and the water from the blend. This makes liquor has a higher alcohol content or ABV than beer and wine. Usually, the spirit has an ABV percentage ranging from 40 to 55 percent.

Sometimes, flavouring is added after the distillation process by steeping the ingredients, such as cinnamon and citrus. You can find various brands and styles of liquor in the liquor store.

At first, you might think that liquor and liqueur are the same, but they are different terms. To be precise, the liqueur is a liquor that has been added with flavouring, colouring, additives, or oil. This makes liqueur sweeter with less ABV percentage than liquor. Typically, the liqueur has a 15 to 55 percent ABV.
Originally, the liqueur was called cordials and was used as medicine by mixing herbs in the blend. You can consume liqueur as it is or combine it with other ingredients into cocktails. There are many liqueur flavours available, such as chocolate, coffee, fruits, and nuts.

Unlike liquor, the flavouring and additives added into liqueur shorten its shelf life. You should consume an opened liqueur bottle within two years. If the liqueur contains dairy or eggs, then you should finish it within 18 months.

How is Liquor Made?

The process of producing liquor will generally revolve around fermentation and distillation. But some liquors have to be aged and/or blended after the distillation process. Although, aging and blending aren’t necessary for making liquor. So, how is the spirit produced?

First thing first, to make liquor, you have to create a mash that normally consists of grain or plants, such as corn, rye, wheat, barley, potatoes, or grapes. Sometimes several ingredients are combined.

The main material differs from one liquor to another. For example, vodka usually uses potatoes as its main ingredient, while whiskey will typically use malted grains.

The fermentation begins as soon as yeast has been added to the mash. The yeast will break down the carbohydrate and sugar then turns them into alcohol. The fermentation process lasts from one to two weeks at room temperature. The fermented mash is then strained with cheesecloth to separate the solid materials from the alcohol liquid.

The important step in producing liquor is the distillation process that involves heating and separating the water content from the alcohol. Since alcohol has a lower boiling point, it will evaporate first.

To start the distillation process, the fermented liquid is poured into a cooper or steel pot before being heated to boiling temperature. The evaporated alcohol steam is gathered through a tube and goes inside another vessel, where it condenses into liquids.

The distillation process also includes separating the poisonous and harmful substances inside the alcohol, such as acetone and methanol.

Certain liquor like bourbon has to be aged before being bottled. The aging duration and the cask’s material depend on the type of liquor. Some distillers will dilute the liquor by adding water to the blend before the aging process to make the liquor lighter.

Similar to the aging process, blending isn’t a necessary step to make liquor. In the blending process, the distillers can utilize their creativity to make their liquor more unique. Some will mix different types of liquor while others add colouring substances in the blend. Sometimes, the liquor producers also filter the blend using charcoal or other materials.

The last step is the bottling or packaging. This is when the liquor is labelled and sealed in bottles with corks or screw caps. There will be no bottle aging after the bottling process. Therefore, the liquor can be consumed immediately. Since it has a high alcohol percentage, the alcoholic beverage will have a longer shelf life.

How to Store the Liquor?

Keeping the liquor correctly is as important as buying the right one. If you are unable to store the spirit safely, it can ruin the flavour of the blend. But, don’t worry, we will provide you with the general guidelines on how to store your liquor properly.

Unlike wine, you should put the liquor bottles vertically. Placing it horizontally can damage the cork since the high alcohol liquid can seep into the cork and break it apart.

Sunlight won’t ruin the liquor flavour, but the heat from the sun can increase the oxidation process inside the liquor and change the taste and the colour of the liquor. It’s recommended to place your liquor collection in a dark and cool place, avoiding the sun.

Storing liquor at high temperatures can evaporate the alcohol and increase the oxidation process, thus ruining the flavour and colour of the liquor. Ideally, you should place the spirits slightly lower than room temperature, ranging from around 55 to 60 degrees.
If you want to enjoy chilled liquor, it’s perfectly fine to put the alcoholic beverage in a fridge for an hour before serving.

The less liquor in the bottle, the faster the oxidation process. Therefore, it will be better for you to finish the liquor if there is only a bit left. Always ensure that you have sealed the liquor tightly if you decide to not finish the bottle.

How to Choose Your ‘Weapon’?

There are six types of liquor that you can choose from, such as vodka, rum, tequila, brandy, whiskey, and gin. Each has its own distinct flavour and scent. It all comes down to your preference. You can try each type of liquor to understand your palate and know which liquor matches your liking.

Luckily, the Red & White store offers you various types of liquor to explore and experiment with. You can always ask the shop assistant’s recommendations if you are having difficulties in choosing the liquor that you want to try first.