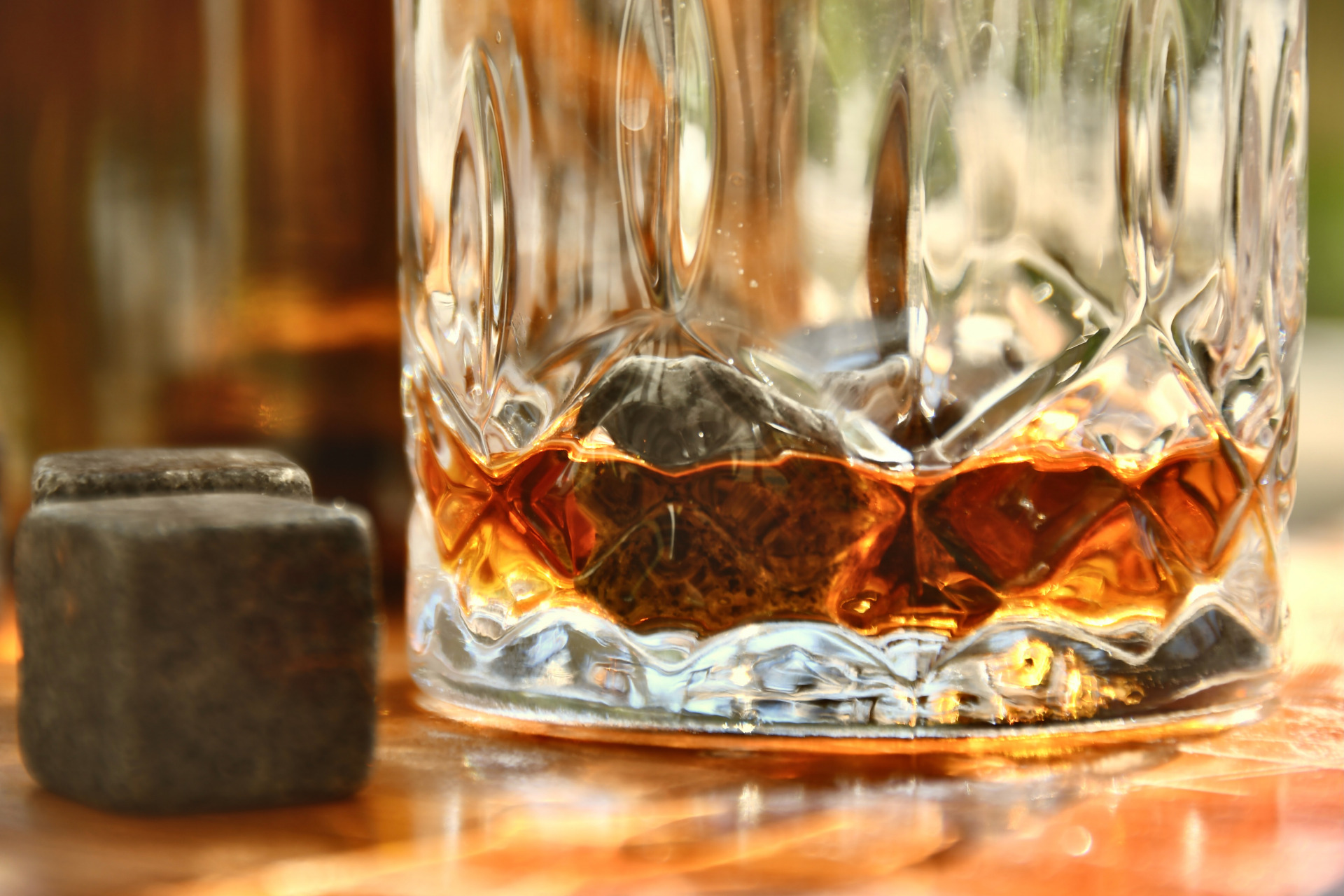 Whisky is one of the world’s most beloved spirit. Known as the “water of life” when it was introduced, it has since become a symbol of class and taste. It has been featured in iconic films such as Lost In Translation (2003), and in Inglorious Basterds (2009).  Like other alcoholic drinks, there is a wide variety of whisky available. Choices made in the production process determines the colour, alcoholic percentage, and taste of whisky in the bottle. Broaden your whisky knowledge by taking a deep dive into the classic spirit.

In its essence, whisky is an alcoholic drink made of fermented grain mash which is then distilled and aged. Grains used in whisky include rye, barley, corn, wheat, or a combination of these. Whisky is a spirit. Its alcohol by volume (ABV) percentage is higher than other drinks, going upwards of 40%.  The name “whisky” originates from the Gaelic word “uisge” which means “water.”

You may notice that there are two different spellings of whisky—one with an “e” and one without. It’s generally accepted that the difference varies according to regional language. “Whiskey” with an “e” is widely used in the United States and Ireland. However, other whisky-making countries spell it without the “e.” The alternate spellings are often used interchangeably.

Although the art of distillation has been around since 2000 BC, it wasn’t until 1000 to 12000 AD, when monks migrated from Europe to Scotland and Ireland, that the knowledge and skills were brought to other parts of the world. In their new monasteries, the monks encountered a problem—they didn’t have access to grapes or vineyards. The alternative was to distil grain mash. And so, out of a lack of ingredients, they created something new entirely.

With time, the general population began referring to whisky as the “aqua vitae”—Latin for “water of life.” Its original name was first recorded in 1494, when King James IV of Scotland wrote a decree for Friar John Cor to produce aqua vitae, providing him with the malt.

When King Henry VIII of England disbanded the monasteries, the monks began to create whisky independently as they tried to find new ways to make money. This was also around the time the colonists from Europe settled in America, bringing the art of distillation with them. As a result, whisky became a currency during the American Civil War towards the end of the 1700’s.

Over time, people began to find new ways to produce whisky at a cheaper cost, adjusting the technology until they found a more effective distillation process.

The production of whisky generally takes seven steps. Components and factors vary for each step, affecting the end result.

Different grains can be used and combined to make whisky. The chosen grains are firstly left to germinate. With time, enzymes start to form and starch in the grains is converted to sugar.

To extract the sugar in the grains, they are grinded, mashed up, and mixed in hot water. At the end of the mashing process, the mix will resemble porridge.

Yeast is then mixed into the mash, consuming the sugar and turning it into alcohol. This process takes 48 to 96 hours. The amount of time the mash spends in fermentation determines the taste of the whisky. After fermentation, the ABV of the mix is only 7% to 10%.

The purpose of distillation is to raise alcohol content in the fermented grains and bring out other components. Below are the two most common stills used in distillation.

In this kind of still, fermented mash is distilled in batches. The still heats up the mixture. Slowly, alcohol vapours float to the condenser, which turns it into more liquid that contains 20% ABV. This liquid is then put into a second still, and the procedure repeats. The final ABV of the mixture is between 60 to 70%.

With this kind of distillation, the fermented liquid is poured into a column still. As the liquid makes its way down, it passes through several perforated plates. The alcohol vapor rises with steam, condensing as it comes in contact with each plate. This helps increase alcohol levels. By the time distillation is finished, the whisky has an ABV of 95%.

After distillation, whisky is aged in oak barrels. This is true for all kinds of whisky except corn whisky, which can be bottled immediately without aging. Whisky is aged for anywhere between 3 to 10 years.

Sometimes, whisky is filtered to avoid cloudiness, which can occur when it is served with ice. Matured whisky is bottled at a minimum of 40% ABV.

Now that we know how whisky is made, let’s take a look at some of the most popular variations of whisky.

Nicknamed “Scotch”, this whisky originates in Scotland and is made with malt or grain. It is aged in oak barrels for a minimum of three years, as required by laws in Scotland.

This type of whiskey can be mixed  in cocktails. It is made from a mash of malts. As it is with the Scotch, Irish whiskey also needs three years to age in wooden casks.

Simply called “Bourbon,” this whiskey is considered American-style. It is made of corn, not grains. For a bottle of whiskey to be considered Bourbon, it has to be made in America, contain 51% corn, and aged in new charred oak barrels.

This variation of whisky is pretty self-explanatory. It’s called a “single” malt because the main ingredient is just malted barley. Single malt is produced in one distillery from a single batch of scotch. Aging process takes three years in oak barrels.