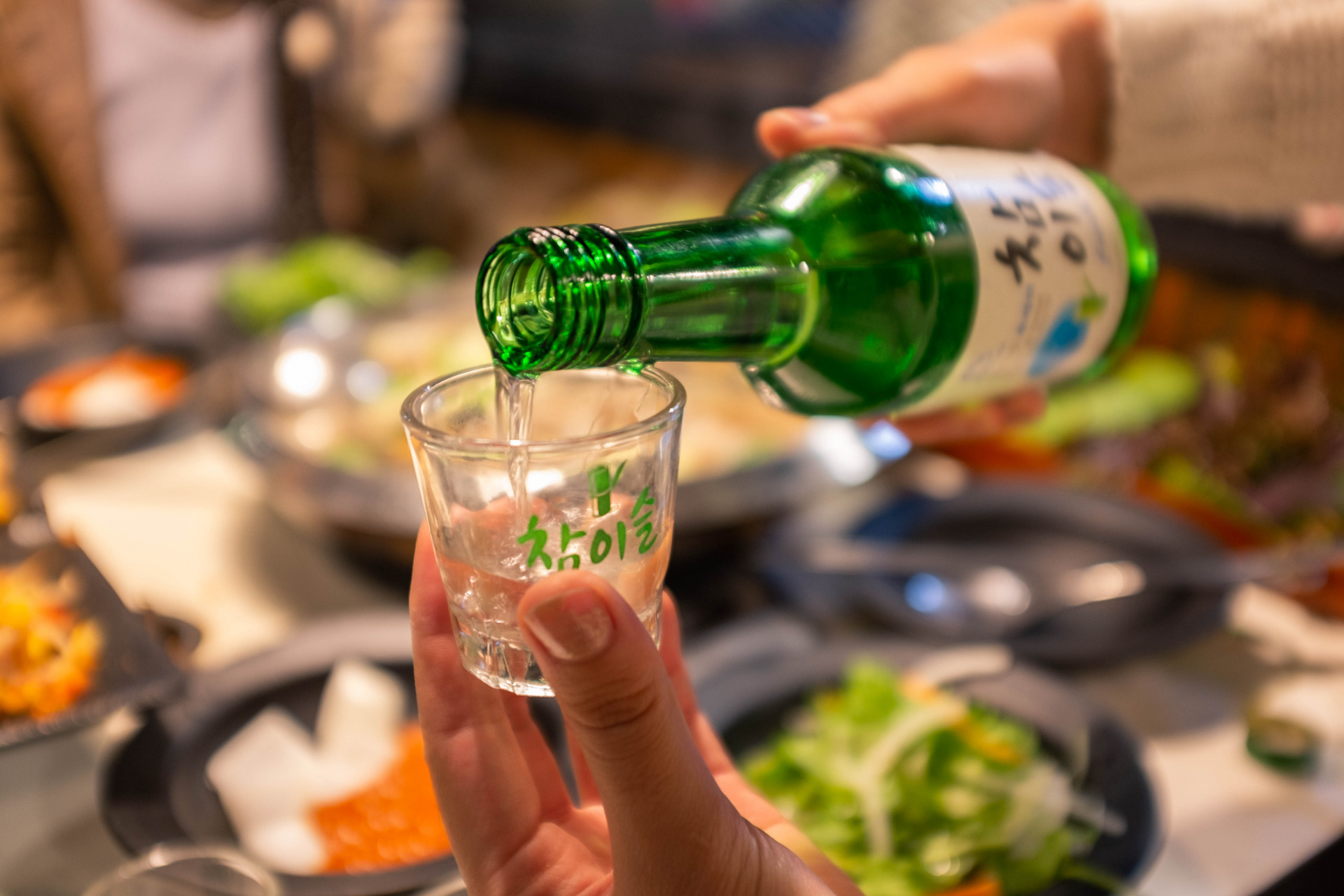 Having explored liquor from various sides of the world, we’re stopping by Asia and learning about spirits originating in Korea. Today’s liquor of interest is soju, most popularly known as the national drink of Korea. Most commonly known soju brands come from South Korea. Many associate soju with being packaged in short green bottles. Others associate it with being a clear liquor. While soju does bear similarities with other clear liquors like gin or vodka, it has its own distinct taste. This makes soju ideal to drink straight but also to mix in different cocktails. Soju features in almost every bar menu in Jakarta, and it may very well be your alcohol of choice. But how well do you really know this drink? Let’s read on and learn more about this neutral-tasting spirit.

Originating in Korea, the name “soju” literally translates to “burned liquor.” Its first syllable, “so” means “burn.” While burning itself is not part of the soju manufacturing process, it refers to the heat applied to soju during distillation. The second syllable “ju” means liquor.

Like all liquors, soju is a distilled drink. Its base ingredients are grains such as wheat, rice, or barley. Soju contains anywhere between 20 to 24% ABV, with some bottles containing higher. According to CNN, soju is the best-selling liquor worldwide. The Jinro Soju brand in particular was a hit in 2019, selling over 86 million cases that year!

Soju vs. shochu – what’s the difference?

Aside from soju, you may have also heard of shochu. These drinks share a couple of similarities. Aside from having almost equal pronunciation, they are also made of the same base ingredients—rice grains. However, they do have slight differences.

Shochu is an alcoholic beverage originating from Japan, while soju is from Korea. Despite their similarities, soju was historically created first, bursting into the scene in the 14th century. Additionally, shochu production is more strict in terms of what ingredients go into the bottles. It’s arguably more authentic. Meanwhile, soju can normally contain added ingredients such as flavouring.

In the 14th century, the distilling technique was introduced to the Korean region of Goryeo. This knowledge was brought to the country by Mongol invaders led by Genghis Khan, who brought the skill of distillation with them from Arabia.

In the following years, Kublai Khan began setting up a supply base in Andong, where distilleries began to pop up. As trade began to open up, distillers in Korea picked up more distilling techniques from other traders. Soon, Koreans began distilling their own hard liquors using the grains most available to them—rice.

The original soju contained about 35% ABV. However, the rice grain shortage in 1965 forced the government to prohibit the distillation of soju using rice. As a result, distillers in South Korea had to improvise. Lower ABV soju became more popular as distillers began to produce soju out of other base ingredients. Tapioca and sweet potatoes were popular alternatives.

In 1999, the prohibition was lifted, but the lower ABV soju drinks are still in production until today. Despite being similar to clear spirits, not all countries consider soju a liquor. Some places like California only require a beer and wine license instead of a liquor license to sell low ABV soju. These are bottles that contain less than 24% alcohol.

How is soju made?

Similar to most spirits, the process of making soju involves fermentation and distillation. First, rice grains are fermented by mixing hardboiled rice with yeast. This process usually takes two weeks, but some brands would continue fermentation for up to 40 days. After repeating this process thrice, the final product is rice wine.

This wine is then boiled in a cauldron, which is fixed with a soju guri distilling tool. This is where the distillation process takes place. The total timeline of soju production lasts around three weeks, though some distillers may choose to age their soju in liquor tanks for a few months before bottling.

As time went on, people began experimenting with soju. In the 90’s, many would revamp soju flavours by mixing it with different kinds of syrups. Multiple cocktails featuring soju also popped up. Soju was combined with other mixers, including drinks like Yakult.

Soon, other brands began imitating and introducing similar kinds of drinks, dubbed the “mixedju.” Other flavours include strawberry, blueberry, grapes, cherry, and grapefruit, among many others.

Tradition is key: how to drink soju

While most alcoholic beverages are consumed practically wherever and whenever, the Korean culture and tradition have introduced the ideal, traditional way to drink soju. Firstly, soju is normally consumed in a group. The culture dictates that people are not supposed to pour their own soju. Instead, the oldest of the group will pour everyone a shot, which everyone takes and knocks back without making eye contact.

Drinking soju is also like drinking wine, in that it is usually consumed with food or a meal. There are specific Korean dishes called “Anju,” which are essentially drinking snacks. These are only to be eaten with soju or other alcohol.