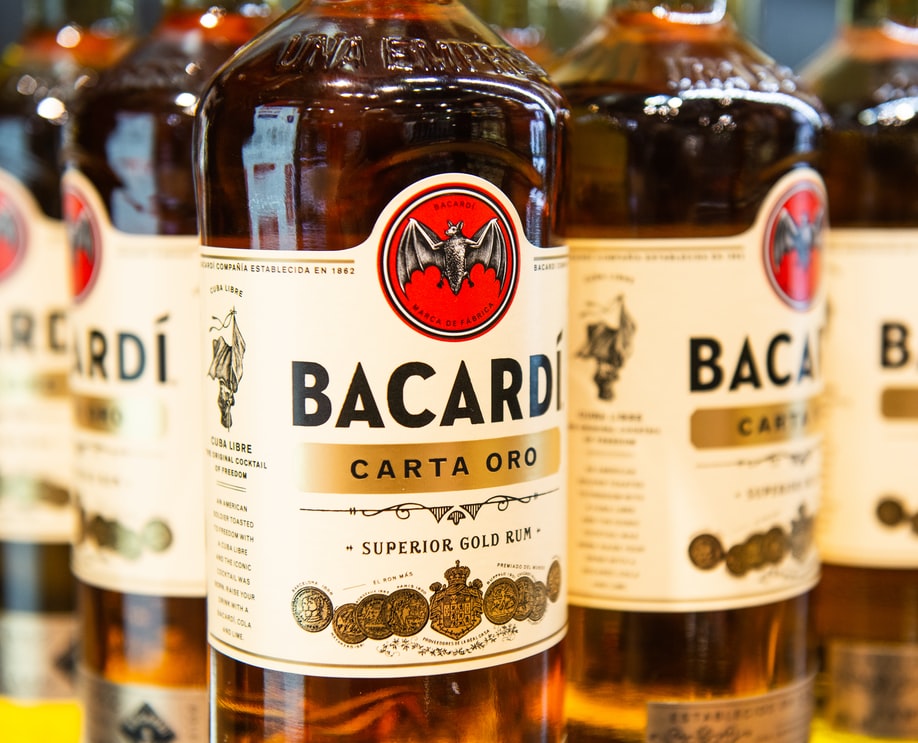 There are many distilled spirit labels in the world, but not all can be the biggest. A great way to determine how popular and how good their marketing strategy is against competitors. Are you interested to know more? Be sure to check out the biggest liquor brands in the 2021 list based on an article by Vinepair.

Yanghe is a liquor brand made by it’s Distillery in Suqian, China. It specialises in making baijiu with a whopping 7.6 billion brand value! The distillery has at least 1300 years of history in making the Chinese spirit. It combines traditional Chinese culture with modern methods. Yanghe baijiu is known for its mellow and unique flavor.

The baijiu is produced from rice, sorghum, barley, peas, wheat, and sticky rice. The grains are steamed before being fermented for 70 days in a pit. Afterwards, the mash is distilled in a slow fire method. Instead of wooden barrels like western liquors, Yanghe baijiu is aged in hundred years terracotta jars for at least 12 months.

The liquor is made from the fresh Hongzhe Lake water full of minerals that can increase the growth of microorganisms during the fermentation process. The blend is aged in a red clay cellar at 15 degrees Celsius temperature and 80 percent humidity.

Yanghe has achieved various awards for its craft, such as being included in Asia’s 500 Most Influential Brands 2014, third place in Top 50 Spirit Brands of 2017.

Another Chinese liquor brand that manages to be one of the worlds biggest is Luzhou Laojiao. It has a value of $5.6 billion and is produced in Shichuan, China. Like Yanghe, this baijiu also has a long history dating back to the Qin and Han dynasty periods. The spirit is known to have a very strong aroma.

The main ingredient of the spirit is South Shichuan’s organic red glutinous sorghums. The water used in the blend is from the Longquan well that has clear and slightly sweet taste. Luzhou Laojiao has been using the same cave, mud cellar, and yeast for over a thousand years. The mud cellar and cave have been deemed as national cellars and listed in the list of candidates for World Heritage Sites in 2006!

The famous Tennessee whiskey is also included in the top biggest liquor brands in the world with a $4billion brand value. The whiskey original,  Old No.7 is recognised for its charcoal flavor. This oldest distillery in the state is also known as Frank Sinatra’s favorite.

The founder of the liquor brand, Jack Newton Daniel, learned how to make whiskey from Reverend Dan Call and Nathan “Nearest” Green. The Jack Daniel Distillery was built near Cave Spring Hollow with Nathan as the Master Distiller in 1866. More than a hundred years after its birth, the liquor brand managed to intertwine itself with Rock and Roll. And has made Jack Daniel’s even more famous across America.

Jack Daniel’s is made from a mix of rye, barley, and corn with water from limestone spring water in Cave Spring Hollow, Lynchburg. The whiskey is then filtered through 10 feet sugar maple charcoals and later will be aged in barrels for years.

Along with Jack Daniel’s, Johnnie Walker’s blended Scotch whisky is also on the list of the top biggest liquor brands in the world with $4billion brand value. The company that produced the spirit is Diageo, and it happens to be the maker of The Singleton, Smirnoff, Guinness, Captain Morgan, and Baileys.

The creation of the liquor started in Kilmarnock when Johnnie Walker made a blended Scotch whisky in the era where single malts dominated the stores. Soon enough, the liquor became regional and famous worldwide. It’s known for its smooth, spicy, malty, oaky, and rich with a hint of smokey flavor.

The next top biggest liquor brand in the world list is Hennessy. The spirit is known for its cognac brandy and has a $3.6billion brand value. The spirit has an iconic oaky, floral, spice, vanilla, fruity, and burnt wine flavor. Hennessy became world-famous after the founder, Richard Hennessy, shipped the liquor to New York. Until now, the liquor brand is still consumed worldwide.

Naturally, the alcoholic beverage is made from Ugni white grapes grown in Cognac, France. The blend is distilled twice before being aged in wood casks for years.

Who doesn’t know the vodka brand, Smirnoff? Almost everyone in the world knows this alcoholic beverage! It is one of the biggest liquor brands in the world, with a $3.3 billion brand value. The Russian liquor brand climbed to succession when Vladimir used his father’s ‘Table Wine No.21’ or ‘Smirnoff Recipe No.21’ to make vodka. The company became more well-known after creating the Moscow Mule cocktail as a marketing campaign in the 1940s.

The liquor is gluten-free since it’s made from corn. The vodka is filtered ten times and distilled three times, resulting in a clear and smooth blend.

Bacardi attains its position as one of the biggest liquor brands in the world with 3.1 billion brand value. The distillery can be visited in Puerto Rico and was created by Don Facundo Bacardi to suit the Cuban middle class’ sophisticated palate.

It is produced from molasses and Bacardi’s original yeast, ‘La Levadura Bacardi’. Don found the yeast in the sugarcane fields outside Santiago de Cuba. Two types of rum are used to make Bacardi, the flavorful and aromatic ‘aguardiente’ and the light and delicate ‘redestilado’. The blend is then filtered with charcoal and aged in used bourbon barrels for at least a year.

All of these seven biggest liquor brands are available in the Red & White stores. You can choose which one to buy based on your personal preference and mood. If you are unsure which brand or spirit you should try, ask the store assistant’s help for recommendations. Find our nearest liquor store now.