Skip to content
Red & White/Liquor World/Trends/Beer Breakdown: What Goes On Behind Your Favourite Pint 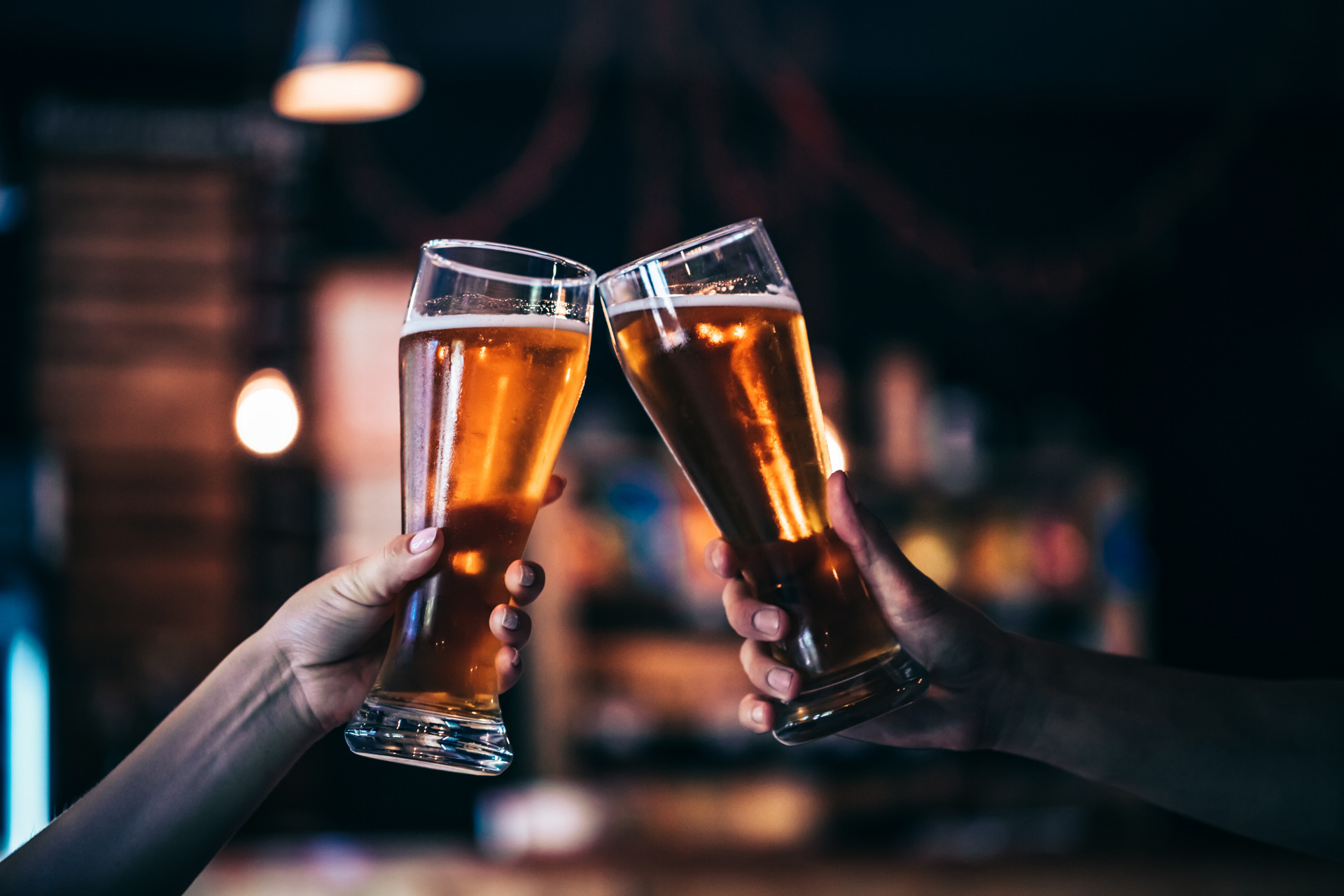 We’ve shown you how different spirits are made. We’ve taken you inside gin, whisky, and rum distilleries. Now, it’s time to check out what goes behind your favourite pint of beer, he go-to drink for every occasion. Imagine barbecues, football games, and kickbacks with friends without beer! This alcoholic beer is certifiably a gamechanger. It’s the star of Oktoberfest, the world’s largest drinking festival. It also comes in so many varieties, from pilsners, lagers, IPA’s, and so much more. So what makes beer so special, and what goes behind the production of this alcoholic staple? Read on to find out.

Beer is an alcoholic drink made by brewing starches from grains such as wheat, maize, malted barley, and oats. The most common grain used for beer is barley. As it is with spirits, beer also involves fermentation. However, it is not distilled. Therefore, compared to wine and liquor, beer has a lower ABV. Depending on what kind of beer it is, the ABV can range anywhere between 2% to 11%.

The history of beer

Unlike other alcohols we’ve studied, beer did not start out as medicine. It is also considerably the oldest form of alcohol to be introduced to civilisation. The process of brewing, which is how beer is made, was introduced over 5.000 years ago. Historians believe that it began in Babylonia between the Tigris and Euphrates river, where the soil was ideal for the growth of grains. While it’s unclear how civilisation in that era discovered the possibility of beer, it might have happened because the grains would have sprouted during rainfall. Malting occurs once the ground dries.

Then, people gathering the grains would have discovered the potentials of the liquid that comes from the grains when processing them to make bread. Beer was mostly made in Babylonia and Sumer using barley cakes. These are made by crushing up the grain, putting it in water, then drying it. Beer was created by breaking down the cakes and putting them back in water, allowing fermentation to take place. As time went on and industrial technology improved, the production of beer became more mechanised. Germany also introduced hops during the brewing process, which did wonders to elevate the tastes in beer and is still used in production to this day.

How is beer made?

Generally, the process of brewing beer can be broken down into 5 steps.

Beer begins by gathering the desired grains. This is usually barley, but it can also be rye, wheat, or other grain alternatives. The grains are steeped and then aired to dry, allowing germination to occur. Then, the grains are heated up until they dry out and crack. Malting helps concentrate the enzymes in the grain and prepare it for the next step.

Also known as steeping, mashing is when the malted grain is steeped in boiling water. Here, the enzymes begin to work, and sugars in the grain also dissolve into the water. This process takes around 1-2 hours. When finished, the grains are strained out. The remaining liquid is called a wort, which is basically unfermented beer.

The next step is to boil the wort. This is also when spices such as cardamom, bay leaves, and chili peppers are introduced to the mixture. Here, hops are added into the wort too. A hop is a kind of flower that helps keep the beer fresher for longer, and is what gives beer the foam head when poured. The wort is boiled for about an hour. Up to this point, it’s basically just flavoured water and natural sugar.

Yeast is added into the wort, which interacts with sugar and creates alcohol. This can take weeks to complete, depending on how much alcohol content the brewer is going for. There are two types of fermentation:

This is when yeast is added to the top of the wort, which is boiled at a higher temperature. Top fermentation is the oldest method of fermenting, as the first beers were all top-fermented. This results in a more flavourful drink.

This is when yeast collects at the bottom of the wort. This kind of fermentation works at a lower temperature, between 4 to 10 degrees Celcius. Bottom fermentation results in a lower alcohol content compared to top fermentation.

Carbonation in most beers is added in during bottling. Once bottled, brews need a while to age so that strong aromas and bitterness from the hops can fizzle out. This takes about six months.

Most first-time drinkers will gravitate towards lager for its low alcohol content. This type of beer is fermented using bottom fermentation, which creates a light taste. Lagers available at Red & White:

Pilsners are actually a form of lager, the difference being that pilsners were first developed in Plzen in the Czech Republic. Pilsners usually have a more intense flavour than lagers because of the kind of hops and yeast used.

This dark beer is notorious for being heavy and difficult to drink, but it actually boasts a sweet taste. Stout from Ireland and England are known to be sweet, while American stout can be a little bitter and intense.

Short for India Pale Ales, IPAs come in a variety of styles. While IPAs are known for being particularly hop-forward, this is not the case for all. Certain ingredients or techniques are used in the brewing process, which results in particular flavours.

Common types of IPAs include: